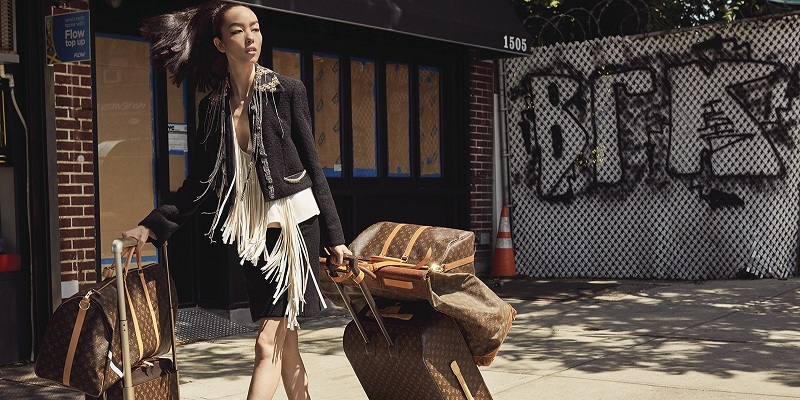 The Louis Vuitton Company, commonly known as Louis Vuitton, name of its creator, is a company of the French origin that is dedicated to the design of clothing and luxury accessories, the vast majority of leather.

This brand has a long history dating back to the opening of the first store in 1854 in Paris, from that time on every creation of Louis read “L. Vuitton déposée”.

Four years later, he began to design his famous rectangular trunks, something that marked a great innovation, since until the moment only they were produced with round form.

In 1867 he participated in the International Exhibition of Paris, an event in which he achieved the great success and in 1885 he founded his own first store, outside his native place, in London, England.

Three years later, Louis created and registered the brown and beige Damier canvas with the trademark, with those same colors the mark today is recognized worldwide.

Due to the death of Louis Vuitton in 1893, the company’s management passed to Georges Vuitton, who transformed the firm into an international brand, by displaying its products at Chicago World’s Fair.

Then create the monogram or abbreviation, most famous brand, brown and beige with the letters LV, which decorates bags and suitcases and today it is the main icon of the company.

Over the years, great progress was made in the innovative designs, which were recognized for their touch of distinction and originality. And so arrived the bag Steamer, Keepall (Noé), Speedy, among many others.

In addition, the company expanded to other regions, starting with the rest of Europe, North America, Asia and South America. As the years passed, the company went from heir to heir, who had the legacy to continue the success maintaining the ideals and the imprint of the mark.

The handbags, wallets, suitcases, clothing, jewelry and perfumes are some of the products that Louis Vuitton designs, produces and markets.

With more than 150 years of life, the company today has numerous stores around the world and millions of fans who are waiting for each new design of the brand to be launched in the market.

3 Ways to Get the Big Fish in Business