Can Spiders Be Useful For Us?

Home - General - Can Spiders Be Useful For Us? 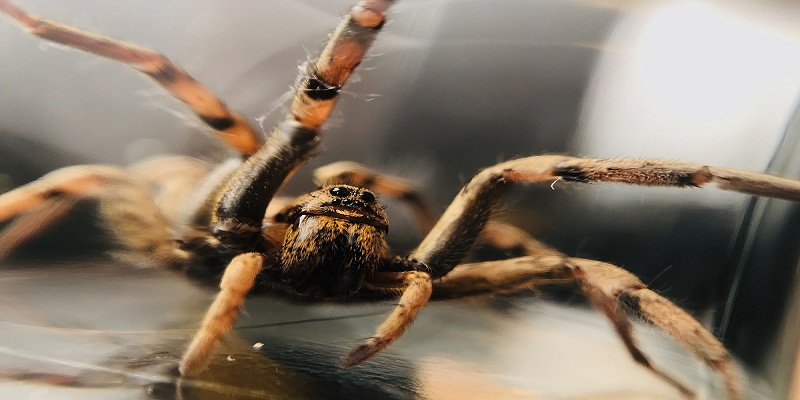 A lot of people are afraid of spiders, but these insects aren’t always foes. In many ways, they are our friends. Over the last some weeks, I observed a spider build a cobweb. The spider knitted its home between a gutter down the spout, and the deck railing in the outer area of my kitchen window. And every morning I checked its progress. A few days ago, I saw something larger than the spider in cobweb which led me to see what it was. I saw a bumblebee which had flown and got entangled into the web. I realized it was a recent entanglement since the spider was just heading toward the spot where the bee was hung up.

Spiders feel the vibrations in the webbing that captured insects create when they move while trying to free themselves. Those vibrations tell the spider that there is new food waiting and it heads to the source of the disturbance to bites the object by injecting its paralyzing venom and comes back after a while to wrap the food up, and store it for later eating.

I watched the bee as it struggled until finally managing to free itself. Evidently it was strong and big enough that the stickiness of web could not hinder it. When the bee got freedom, it dropped to the ground and recovered to fly away. The new web where bumblebee freed itself was now a total wreck.

I was glad to see the bumblebee go free. As long as I don’t have a bee nest located where it poses a stinging hazard to anyone, I leave them alone. They reward me for that by carrying pollen around and dropping it so my flowers grow. But most of those eight-legged insects are our friends. Except in the case of a brown recluse since they leave a pretty nasty bite and it is something you really don’t want to suffer through.

Spiders catch and eat those bugs we do not want around. If you pay close attention to a new cobweb, you will find all kinds of these ‘bad’ insects caught up in the web strands. I have spotted a lot of mosquitoes trapped in spider webs, as well as flies, ants and even cockroaches. Those, in my opinion, are unwanted ‘bad’ bugs because they are no more than nuisance pests.

All of these eight-legged creatures are poisonous. But for the most part, the poison is not strong enough to harm a human being. The exception is that some people are allergic to venom, and if you are one of them, you don’t want to get anywhere near a spider. If you are not allergic, and you are not looking at a highly poisonous insect like brown recluse, leave those spiders alone, so that they can eat the bothersome bugs. If there is spider infestation at your home, you can find more information on spider killers to get rid of them.

How can I identify a spider?

Spiders have 8 legs and 8 eyes. They come in colors of light brown to dark brown, black, gray, green and yellow. The world’s biggest spider was as large around as a China glass plate, and some are so small that you can barely see them. The world’s largest species of spider are Goliath Bird Eating Spider, which can be found in South America. Some are coated with fur and some are hairless, some have thick legs and some have scrawny thin long legs. They are usually lurking around or sitting on a web.  If you disturb a spider on its web, it will surely attack. The spiders have a two-part body.  Some spiders will have distinctive patterns on their underbelly or back, for instance, the Black Widow Spider which has a red hourglass shape on its underbelly. Another example is brown recluse which has a small pattern that looks just like a violin on its back. That is why brown recluse is also referred to as the violin spider. The world’s largest spider was reported at the size of body 90 mm long, leg span 250 mm.

Where are spiders most common?

Spiders are common in attics and basements. They like places like storage boxes and closets. They like making their webs in windowsills, corners or in between two objects.  Spiders do not like to be out in the open, so they will place their webs somewhere only other insects can reach. Some other common places to make a web in are behind out house toilets, under logs and rocks. In fact, most people are bitten by black widows from under rocks and logs when they didn’t know the spider was there.

How do they reproduce?

In general, the spiders are not harmful or a threat human beings, on the contrary, they help us kill many unwanted pests like ants, flies and roaches. If you find the population of spiders growing in your home, you must find out more ways to kill spiders or else you will find the cobwebs in every corner of your house.

Should I Get HID Headlights or HID Conversion Kits?

Useful Tips to Have a Well-Organized Kitchen