Causes and Treatments for Yellow Toenails 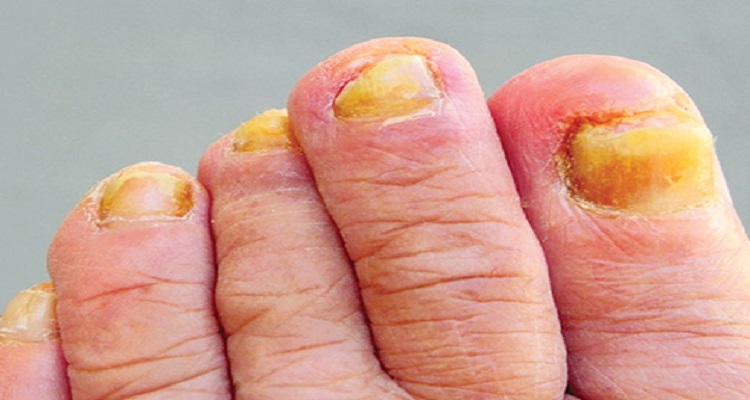 Yellow toenails are a common condition that really isn’t given enough credit. People who suffer from “dreaded yellow toenails” understand how much this condition can hinder their freedom. Wearing sandals, flip flops, or even walking around barefoot can be a virtual impossibility if you want to stave off social embarrassment. Thick, yellow, and crumbly toenails can also mean physical discomfort when wearing close-toed shoes. While women have the option to hide the ugliness with a few coats of nail paint, it really can worsen the condition. To better understand yellow toenails, we are going to discuss the causes behind this condition as well as some treatment options that you may find helpful. You know you have done a favor for yourself by deciding to come to this website to find the solutions in this regard.

Yellow toenails can point to a serious condition, such as diabetes, but more often than not the condition is caused by a fungus that has taken root in the bed of the toenail. Fungus can be found hiding in dark, moist places such as your socks and shoes, although you won’t be able to see it. Excessive sweating or working in humid places can also cause this problem. When damage is done to your toenail, such as clipping the nail too short or stubbing your toe, which could result in a small crack or split in the nail, the fungus has the perfect opportunity to invade your nail bed. It can also be spread from one person to another by sharing nail equipment, using public showers, and swimming pools. Unfortunately, once the fungus gets in there, it can be extremely difficult to get out. In cases where the fungus has been allowed to grow unhindered for a long time, complete nail removal may be the only truly effective option.

The symptoms of a nail infection (aka onychomycosis) are numerous, and none of them pleasant. While yellowing is a common sign, the affected nail could also have white, green, or brown areas. The nail may thicken or simply appear very dull and unhealthy. It is not uncommon for the edge of the nail to become cracked or brittle, and in some cases the top layers of the nail may become powdery. This powdery portion can usually be filed away with an emery board to expose a smooth layer of nail, but this smooth layer is still likely to be discolored, brittle, and dull. This is because the fungus has spread throughout the entire thickness of the nail.

There are still plenty of treatments that are worth trying out before resorting to nail removal. Be warned, though, that it can take several months of treatment before your nails start to show any real improvement, but it sure beats losing the nail, right? The first treatment we are going to talk about is relatively cheap and has proven to be quite effective against most types of fungal nail infections. It’s called tea tree oil. This oil can be bought in its pure form for about $5 and will last for ages. For this treatment, you want to use a cotton swab to apply the tea tree oil to any affected nails. Make sure you get down in the cracks on the sides of the nail. Apply this every day, twice a day if you can manage. Over the course of a few months, discoloration should subside and eventually the nail’s strength should return. Tea tree oil has some seriously impressive anti-fungal properties that makes it capable of fighting off fungal growth.

Another at-home remedy that some people have found effective is a foot bath with listerine. Many people notice a pretty quick improvement in the nail’s color, and it can be quite effective in preventing the fungus from spreading to other toes, which does eventually happen without treatment. Unfortunately, some people have reported that they felt the Listerine foot bath was merely hindering the growth of the fungus and not actually killing the fungus that was already there. However, it is possible that with prolonged and frequent use of this method, that eventually the conditions for the fungus will become so unsuitable that the fungus will eventually die off.

These treatments may genuinely show an improvement in your yellow toenails, but if you are in the early stages of an infection, or if the infection has become so severe that the nail is physically coming away, then it’s probably best to speak to your doctor about treatment options. Catching the infection in the early stages will save you a lot of grief, but if your infection has progressed, you may have to explore several treatment options before finding one that works for you.

How to determine reliability of cheap locksmith in your area?