Pizza Through Different Times And Journeys 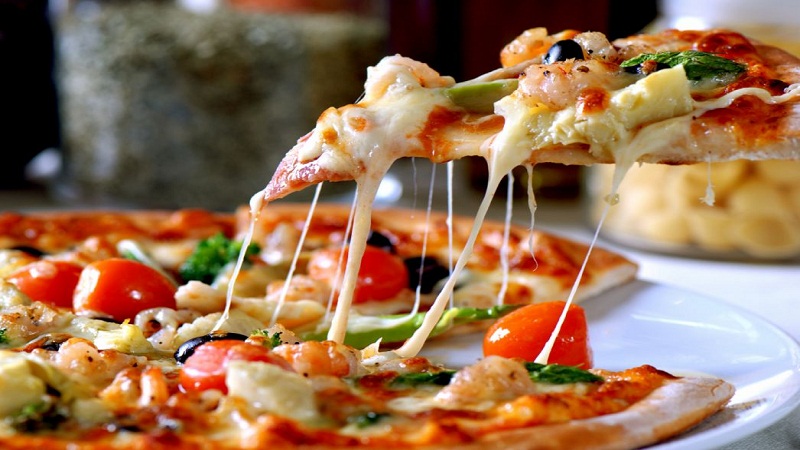 We often associate pizzas with hamburgers, as being pats of the ‘junk foods’. But from a nutritional point of view, is there something to jump at pizza? Pizza has now become an international recipe. A pizza, normally, is a baked bread dough with a filling. That is to say a flat bread, garnished on top.

This basic recipe has been around for millennia. The Egyptians, the ancient Greeks, the Romans used it already, with flour of different cereals according to the geography and the time. In the Middle East and West, the recipe for pita bread is very close to the old pizza.

In France, before talking about pizza, we talked about fouace. It was immortalized by Rabelais in Gargantua, in the sixteenth century, during an epic battle where the fouaces served as projectiles! Each region had its recipe. In Anjou, they are the fouées. They are opened to stuff them with rillettes and mushrooms. They are still served in troglodyte restaurants in Saumur. In Provence, it is fougasse. It adds orange blossom and yeast to make a sweetened version less dry.

The first known pizzas are Neapolitan. They were covered with olive oil, garlic, mozzarella, and sometimes small fish like anchovies.

The modern version of the pizza is related to tomato. It makes all the difference. But first we had to wait until it arrived from South America in Europe in the sixteenth century, then it was accepted on the tables of everyone. We waited 2 centuries! And it is in Naples that it made its appearance in the eighteenth century. So we see that this basic recipe has been used for a long time by many people.

It is an easy recipe as many consider making a pizza a child’s play.

The dough comes first with flour, water, salt and yeast. Sometimes olive oil if you want.

These dry grocery ingredients are almost always in storage in kitchen cupboards, except for baker’s yeast that can be bought fresh, if not found in powder.

Then comes garnishing part; again, it’s very easy, especially if you take the tomato as a base.

We always have a tomato sauce, a canned coulis or a tomato paste lying around in the cupboard, for lack of fresh seasonal tomatoes if possible. We add what we want.

Besides the easy recipe, the cost of the ingredients is rather minimal and it all depends on what you put on it. The financial advantage is not trivial, especially when you make your own pizza, it goes without saying!

Meats and Veggies in a Pizza 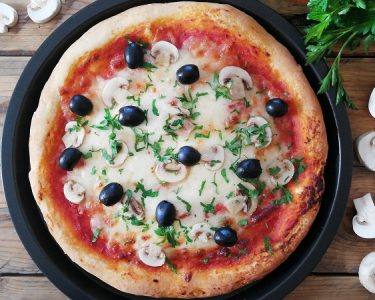 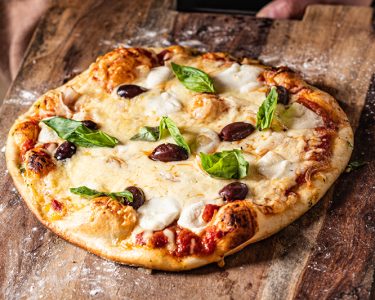 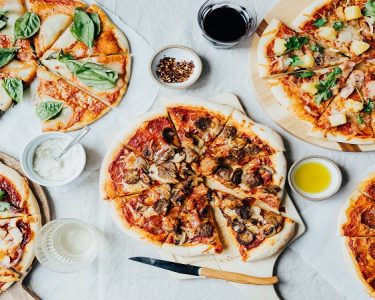