Super Glue – It Sticks Faster Than You Think

Home - General - Super Glue – It Sticks Faster Than You Think 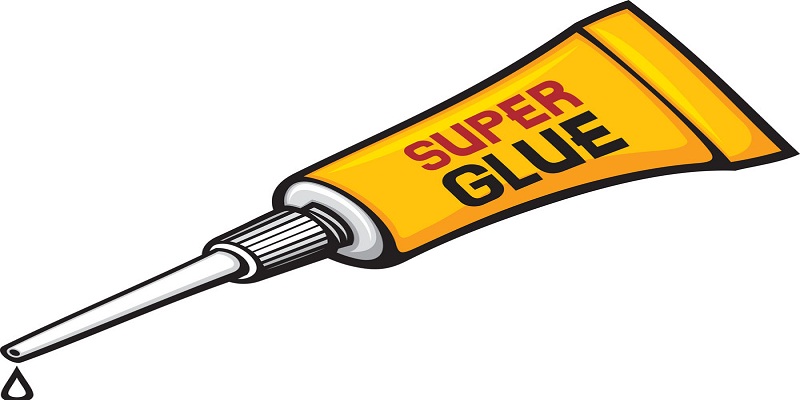 Cyanoacrylate, commonly known as super glue, is the name used to designate a set of substances which are used as adhesives for curing fast, as I said, you are known to it as super glue. It used for domestic repairs and in industry. The two types of currently used super glues are distinguished by having an ether or methyl acetate in the monomer.

Super glue has many notable features. It is a mono-component glue. It turns in to the solid state in a few seconds by contacting water, which can also come from the ambient moisture. However, excess water due to high humidity or on the surfaces of the parts can damage the joint and it may not join the object in question with a proper and stronger joint which is super glue is famous for.

The experts have approved it to use in the medicine derivatives and super glue is widely used as an adhesive for human tissue to replace the suture surgical wound closure, as sealants and hemostats, although great care must be taken in the application in order to avoid the adhesion on unwanted parts of the body. If we talk about the cosmetic surgery, it continues being used for the reason that it does not leave no scars and it obtains very acceptable cosmetic results. This instant super glue is also known with the name of crazy glue.

It is used in electronics, in domestic applications and in medicine. In domestic uses, it can be used for gluing metal with glass, plastics, porcelain, and ceramic with each other or between them.

It should be used with extreme care as it adheres to the skin in an instant. If this happens, acetone is used for peeling it off slowly. Another recommended method is to use some type of oil, preferably olive oil to peel off the affected area. People who use super glue should not use cotton because it releases a lot of heat when it comes in contact with cotton. If a sufficient quantity of the super glue touches the cotton, it can also cause the cotton to ignite the fire. Super glue fumes are sufficient to irritate the eyes, nose and throat, and exposure to the super glue should not spread. In some people, it can also cause an allergic reaction when placed on the skin.

All the glues have two things in common as extremely long molecules in an emulsion of a liquid in some cases, or broken in the links in others, but in a more or less liquid, with varying viscosity in any case, and hardening either by solvent evaporation or by reaction with a compound, or constructed such long chains of polymers or the fixed when left without liquid. And they all have these things in common for something, of course.

Basically, any glue is very mobile when it has not been cured, either the links of the polymers or the polymers themselves, being part of a liquid, can move with relative freedom, so that they are happily intertwined with others, and are introduced into the pores of the materials in contact, and even bind at different points to those materials due to hydrogen bonding or chemical bonding. If they could not move with that freedom, maybe at some point, they would join the other materials by chance, but they could not fit into as many anchor points as they do while being free.

The second part of the process is just the opposite in which something triggers a solidification, and the polymers stay where they are with no possibility of moving as freely as before. Before they were more or less entwined between them, although they could slide, but now those knots tie them, creating a consistent mass. And before they had slipped on the materials they touched, writhing and adapting to them until they formed many anchor points, chemical or simply physical. But with the new immobility after being dry, all those anchor points are now permanent.

So when it has cured, you can touch the glue without getting your finger stuck to it. By any chance, the molecules of your finger cannot form any link with any of the polymers, as they cannot move to place their links in the right places. The immobility of the polymers makes them incapable of clinging to anything effectively.

What you have then is a kind of skein of billions of threads, which form knots with each other and are attached to the other material with very small forces at each point, but millions of points. The strength they all achieve together can become very large, as they are strands of molecular size, so there is a huge amount of them per unit area. Visit the thereviewgurus now for the best super glue brands.

What are the Best Brands of LED Grow Lights for Indoor Plants?