The Dire Consequences of Bipolar Disorder 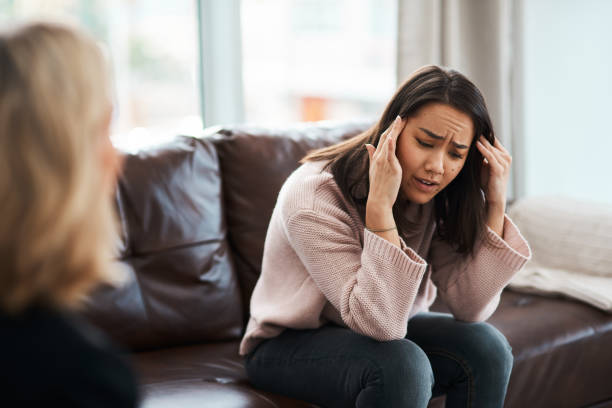 Sexual problems often fail to generate the desired attention from psychiatrists despite the extensive psychosocial problems. However, it is some good news that there are now sexual treatment programs and LGBTQ programs pertaining to the psychological aspects. The risky sexual behavior and decreased sexual drive are consequences of mental illnesses like bipolar disorder. Bipolar disorder is often characterized by an extreme change of mood from feeling ecstatic, lively, and risky to feeling disinterested, desolated, and depressed. While people suffering from bipolar disorder tend to witness increased and risky sexual activity during a manic episode, they tend to lose interest in sex during a depressive episode. Such an embarrassing symptom can prove extremely challenging in nature with the potential to wreck marriages and relationships. Women are more susceptible to it than men are.

Some of the typical changes in sexual behavior witnessed during a manic episode include increased sexual activity, sex with multiple partners, preoccupation with sexual thoughts, increased use of pornography, etc. People suffering from such problems also indulge in inappropriate flirting and touching, heavy use of sexual language, etc.

Nearly 25% to 80% of people who experience mania also experience hypersexuality, and it is found to be more prevalent among women. In fact, such inappropriate sexual behaviors are not only common in adults but also in teens and younger children enduring bipolar disorder.

During the period of low sex drive or hyposexuality, the partner of the person suffering from bipolar disorder may feel frustrated, confused, and rejected. Some of the other sexual problems witnessed due to bipolar disorder include sexual dysfunction, such as erectile dysfunction in men and severe levels of sexual distress in women.

With regard to sexual addiction, there are several debates among experts concerning the underlying factors. Along with genetics, biochemical and hormonal imbalance, changes in the brain’s pathways, abuse during childhood, and family dysfunction are some of the possible triggers that contribute to compulsive sexual behaviors. For a long time, hypersexuality has been seen more as a character flaw than as an addiction. However, over the years of research, experts have started perceiving sexual addiction as any addiction, such as alcohol, drugs, food, or gambling.

As with any other addiction, it is often perplexing to decipher only specific individuals build up an inclination for sex. Sexual activity or engagement is fundamental for humankind to exist. While a vast majority acknowledge sex as a highly pleasurable activity that involves physical and emotional intimacy, the experiences are quite different for a sex fanatic.

Just like a drug dependent who attains a euphoric state after using a drug, a sex fanatic, in the same manner, follows the path of sexual engagement to experience extreme levels of euphoria. For them, sex is a way or self-medication measure to escape from agonizing or unsavory emotions and has little to do with intimacy.

In the case of a person suffering from sexual problems due to bipolar disorder, shame plays a huge role in restricting him or her from seeking treatment. Therefore, it is necessary not to classify such problems as a crime and to encourage patients to share their fears with loved ones and an expert. Moreover, it is imperative to treat the underlying bipolar disorder as well, ensuring an effective recovery.

Effective Accounting Tips for the Entrepreneurs