To Install Or Not To Install A Bathtub…. That Is The Question?

Home - Home Improvment - To Install Or Not To Install A Bathtub…. That Is The Question? 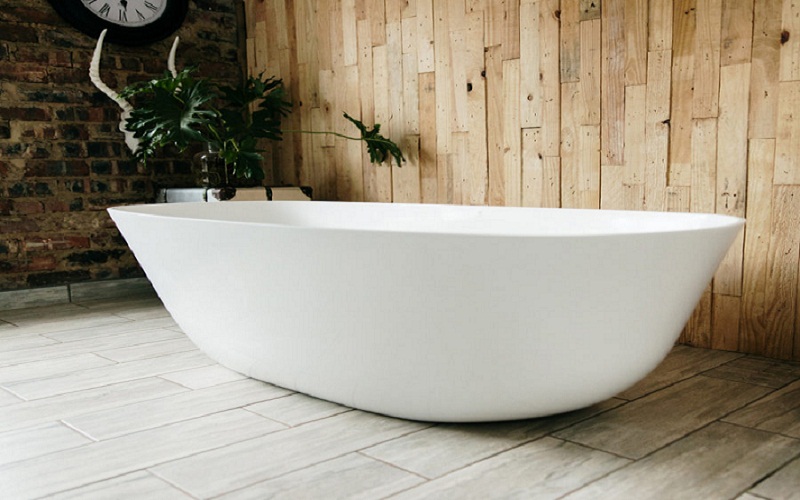 When carrying out any type of reform in the home, either a comprehensive reform or a partial remodeling, for example, in bath reform are the small details that in the end can make the difference between successful jobs and a disappointment at the end of the remodeling.

In the specific case of bathrooms, there are many small elements that can make the difference such as colors, materials, layout of space and furniture, among many others. So here we have decided to talk about an element that takes up a lot of space in your bathroom if you decide to include it, yes, a bathtub.

How to choose the ideal bath? Is it ideal to make a bathtub the focal point of our bathroom? Here are some answers to these and other questions offered by this type of choice.

For many years, having a bathtub in the bathroom was not considered an alternative. It was an essential part of the furniture, all the houses had a bathtub, in which the inhabitants took baths filled with water, while the daily cleaning was carried out. This has gradually changed with the massive extension of the use of showers, a form of daily cleanliness that is easier and more efficient than the bathtub, which spends less water and which translates into less time and more practicality in daily life.

However, a bathtub still holds charm to put it somehow. Taking a bath is not the same as taking a shower, because it represents a moment of intimacy, relaxation and comfort that a shower does not provide. That is why, although it can sometimes be considered an anachronistic or antiquated element, many people choose to install a bathtub in the same way in their bathroom, so that they can enjoy the benefits in terms of hygiene and well-being, but other times it is chosen in combination with a shower to be able to count on both alternatives.

By synthesizing, we could say that if you have the right space, it is a good idea to install a bathtub that conforms to the decoration, and that allows you to count simultaneously with a shower, so that the pleasure factor and relaxation of the bathtub does not interfere with efficiency and speed of shower.

To respond to this duality, there are several ways of attacking the presence of a shower and a bathtub at the same time in the reform of a bathroom. The first factor to take into account is the space as how many square meters is the bathroom? Do you have two separate bathrooms, so that you can choose to install a bathtub in one and shower in the other? So the choice will depend upon the availability of areas and your taste.

The Significance Of The Design Elements In A Bathtub