What is a Pepper Spray?

Home - General - What is a Pepper Spray? 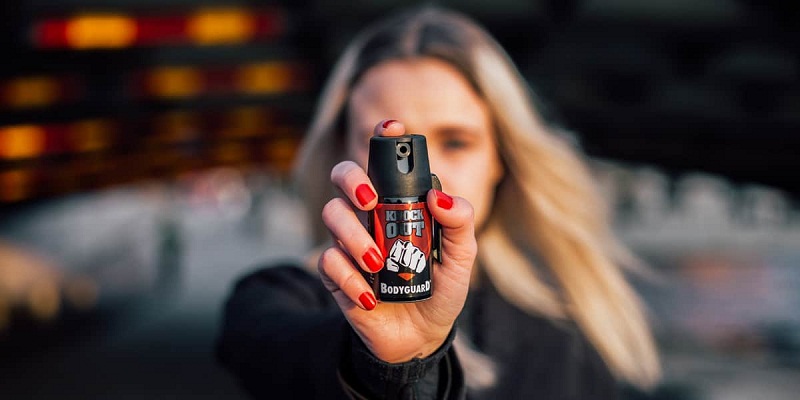 Pepper spray is a chemical formulation, a compound that is used for personal defense or for the use of state security forces and bodies such as the police or civil guard that, when sprayed against the face of another person or animal, irritates the eyes to the point of causing tears, intense pain and may even cause temporary visual blindness. At this point, before continuing with the information, I want to tell you that it is as important to buy it as to know how to use it, and in this article, I tell you how to use the defense spray or pepper and I recommend all the women to get one for themselves and learn how to use it for maximum effect.

Uses of the Pepper Spray

It is used primarily to disperse urban disturbances by security forces, the so-called tear gas or as personal defense, both person-to-person and person-to-animal, primarily against dogs, stalkers and street robbers and attackers.

The chemical compound of the sprays of defenses, although not mortal of necessity, can be lethal and in very exceptional cases can cause the death of the affected person by the spray. According to the chemical compound, we can classify it in the following;

Pepper spray based on capsaicin

The main and most common active ingredient of these self-defense sprays is capsaicin, a compound derived from the fruits of plants of the genus capsicum, which is the basic component of the hot peppers.

When it is used for use in defense in bottled form, it is called pepper spray, OC spray, OC gas, capsicum spray or Oleoresin capsicum, tear gas or self-defense jar.

There are a few defense sprays that are based on the pelargonic acid vanillylamide which is a synthetic analog of the other content model for pepper sprays, the capsaicin we named in the previous point. This vanililamide is used in a version of pepper spray which is known as PAVA aerosol, which is widely used in England.

Pepper spray based on the mortar of pelargonic acid

It is another synthetic chemical which is used for defense sprays, the pelargonic acid morpholide (4-nonanoylmorpholine). This was developed and used in the USSR (Russia). Its effectiveness in comparison to the most common pepper sprays, based on capsaicin, is unknown since no tests have been performed comparing them, but if there are known cases of severe damage by the use of morpholide in defense spray.

A pepper spray is a practical product that can help you get out of situations where your life or your family is at risk. It is a discrete, easy, effective and economical way to stay safe. It is one of the most widespread and efficient personal defense neutralizing weapons, thanks to its great deterrent power and ease of use.

Being at home or walking anywhere and knowing that you can defend yourself in a potentially dangerous situation is highly necessary these days. The pepper spray has been banned internationally for use in war since the 1972 Biological Weapons Convention, but not for use in internal security. Its use is not exclusive to women, men are also in danger and it is a good option to use it.

How does it work?

When the pepper spray comes in contact with the eyes, it slams shut for the reason that it is a chemical that irritates the eyes. Temporary blindness and misalignment are the effects on the attacker which will give you valuable time to escape and get help. It is an inflammatory agent that causes an immediate burning sensation and an involuntary closing of the eyes.

Measure the amount and spice of pepper in the spray

There are two factors you should keep in mind when you are buying a pepper spray, the quantity and spice.

Measure the amount of a pepper spray

Degree of spiciness of a the pepper in spray bottle

You should also know that Scoville Heat Unit is the one used to measure the degree of spice in a pepper spray, the higher this unit is, the more aggressive and effective the spray will be.

Now you clearly know how much chemical and the degree of spice it takes to make its real effectiveness high. These are the two basic points to consider when you are choosing a good pepper spray.

Where can I buy the strongest pepper spray?

The strongest pepper spray can be bought online, on the websites specialized in selling personal defense articles and in the physical stores where they sell the military or police uniforms, as well as the products for camping and hunting.

Why Should You Seal The Shower Tile Grout & How To Fix It?