What Is Pepper Spray And What Does It Do? (Part 1)

Home - General - What Is Pepper Spray And What Does It Do? (Part 1) 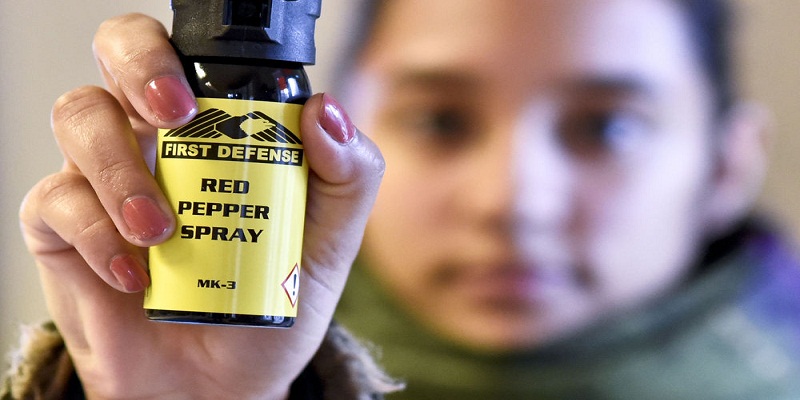 Pepper spray is a self-defense tool which is now allowed in many countries. Since its inception and since it began to be used in the 70s, the use of pepper spray as well as some of its ingredients, its operation and the results it provokes have been a subject of controversy. There roe, it is necessary to know proper details about pepper spray before you intend to use it.

It can be both for and against its use, but although it may not be a subject of controversy, we will not stop to make an analysis about ethics or morals in regards to use it.

The truth is that this is an interesting invention of man. So today we want to invite you to see some of the most interesting aspects of this invention. Let’s know what pepper spray is, what it does and how it works.

What is pepper spray?

It is a chemical compound artificially created in the laboratory from the oleoresin of capsicum (OC), an oil found naturally in many types of hot peppers. Among these the most common are cayenne pepper, which possess this oleoresin in large quantities and makes the hottest pepper spray.

This oil has high contents of the capsaicin, which in the body causes a strong irritation. If you have ever tasted a hot pepper like this, you will know what I mean; it creates a feeling of intense heat, as if something was burning.

That is not all, what happens next is that the feeling is prolonged in time and it turns out to be difficult to get rid of it completely. It is an odorless, colorless and insipid substance and only 1 milliliter is sufficient to cause a blister on the skin.

After extracting the essence of this oil, it is manipulated and mixed with other elements such as solutions of water and oils. It is then placed in a small spray bottle. This makes it possible to use it as an aerosol and makes it easier to shoot where you want it.

These containers also make it possible to transport them to different parts. It has a greater reach and it can be pulverized in the quantities that are necessary. There are three patterns in which it is fired or sprayed;

By means of a jet

A small jet of the liquid that concentrates the same in the direction of the place to which it is fired is expelled, although sometimes controlling the effectiveness of the shot can be something difficult.

By means of a fog

It is a less concentrated fog which is ejected, but it covers a larger area, although it can give less scope to the shot.

By means of a mist

It creates a haze that works similar to the mist when expelled, but it has a wider and more accurate spray range.

What Is Pepper Spray And What Does It Do? (Part 2)

Commonly, the pepper spray has a size of between 12 cm long and 4 cm wide. It can easily be carried in the pocket of a trousers and although it may be the size of a flashlight and look like something slightly dangerous, if it is used correctly, it can have surprising effects, stop an aggressor and be actually very dangerous.

What does pepper spray do?

This began to be used by the police in the 70s and more precisely in the year 1973 to immobilize aggressors in riots and similar situations.

What it does in the body is to cause a deep irritation, a very annoying itch sensation and a generalized ardor mainly in the airways. When shot at the face of the aggressor, it attacks the eyes, nasal cavities, skin, throat and respiratory system.

It causes temporary blindness, irritation of the skin and eyes and an incessant cough. When making contact with the eyes, lips, tongue and nostrils, the heat is produced instantaneously, confusing the aggressor.

Although it is not yet fully known what its long term effects may be if the exposure is repeated, in some exceptional cases, pepper spray has caused death. However, and at other times as exceptional, under different conditions, some people show almost complete resistance to it.

The use of pepper spray as a weapon in the police and self-defense has grown considerably in the last decades.

How to use it?

An Effective Guide for Backyard Birdwatcher’s about Hummingbird Feeders